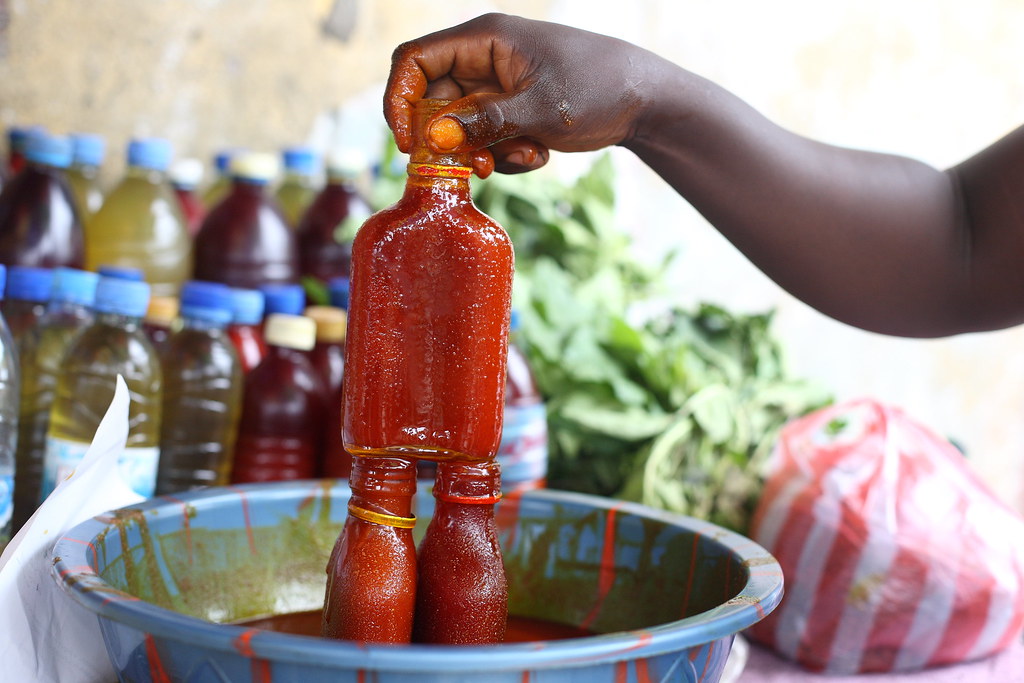 About 30% of palm oils found on the Ghanaian Market have failed the Food and Drugs Authority (FDA)’s nationwide Zero Sudan IV dye test, an increase from 7.3% in 2018.

This came to the fore as part of the Authority’s routine market surveillance activities on food safety conducted last year.

In October last year, the Authority sampled palm oils from major markets across the country including 10 major markets in Greater Accra to test for the presence of Sudan IV dye leading to several arrests.

The Laboratory analysis indicated that out of the 306 samples analysed, 70 representing failed the test for Sudan IV dye.

Except for the Upper West Region, all the regions had one or more samples from their markets testing positive for the presence of Sudan IV dye with Greater Accra recording the highest of failure rate (60.8%).

Some markets like Dome and the Mallam Attah Market in the Greater Accra Region had 100% failure for their samples analysed.

Sudan IV dye is a chemical used for in the production of textiles, leather, plastics, papers, hair, mineral oils, waxes, and cosmetics and not to be ingested.

The toxicity and illegal use of Sudan IV as food additives are strongly banned by the Food and Drugs Authority and other international bodies in the FAO/WHO Codex Alimentarius.

Despite the enormous public education and sensitization activities on the health implications of adding Sudan IV dye in foods especially palm oils, such as hyperactivity in children, severe allergies, hives, migraine, and diseases such as cancer, producers and Ghanaian traders continue to use this chemical as an enhancer in palm oil due to consumers preference and demand for “redness” in their palm oil products.

The FDA has initiated a rigorous public education campaign in major markets like Mallam Atta Market, Dome Market in Accra as well as other Satellite Markets across the country.

As part of this campaign, more samples are continuously being sampled across the markets and traders whose palm oil products fail the test will be made to face the full rigours of the law.

Additionally, the FDA is in the process of introducing a traceability system for AgroProducts in the country which would help in enhancing food safety issues as far as Agroproducts are concerned and safeguard the health and safety of the consuming public.